In remembrance of Martin Luther King Jr. and the 50th anniversary of his assassination, each quarter we plan to share reflections on how King’s philosophies have influenced conflict resolution practices. We begin with messages from our mediators Bianca Motley Broom, Esq. and Stephen McKinney, Esq. 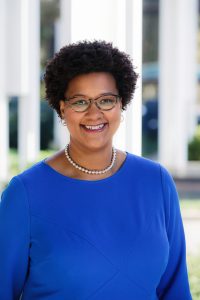 “Peaceful resolution of conflict was a cornerstone of Dr. King’s life. From leading the Montgomery bus boycott to opposing the Vietnam war and supporting striking sanitation workers in Memphis, he led Americans and inspired countless others around the globe through his shining examples of nonviolent protest.

While what we do on a daily basis as mediators does not have nearly as large of an impact, we all walk the path Dr. King forged as we seek to bring resolution to parties – often when they believe there is no hope for a solution without conflict. My colleagues and I are inspired daily by Dr. King’s life and his impact. We strive to show people there is a better way to resolve differences – one that brings people together instead of pushing them further apart.”

“There is a keen sense in which dispute resolution has become synonymous with compromise – taking half a loaf, equally shared pain/unhappiness.  In fact, accusations of bad faith, or even moral failure, are all too frequently visited upon any disputing party unwilling to repeatedly concede for the sole purpose of disposing of conflict.

Compromise has its place to be sure, but Dr. Martin Luther King, Jr. modeled a brand of moral courage that is willing to locate, articulate and insist upon the hard boundaries required by justice.  There are times when it is conflict, not its compromised resolution, that is the moral imperative.  “True peace”, Dr. King reminded, is not merely the absence of tension: it is the presence of justice.”