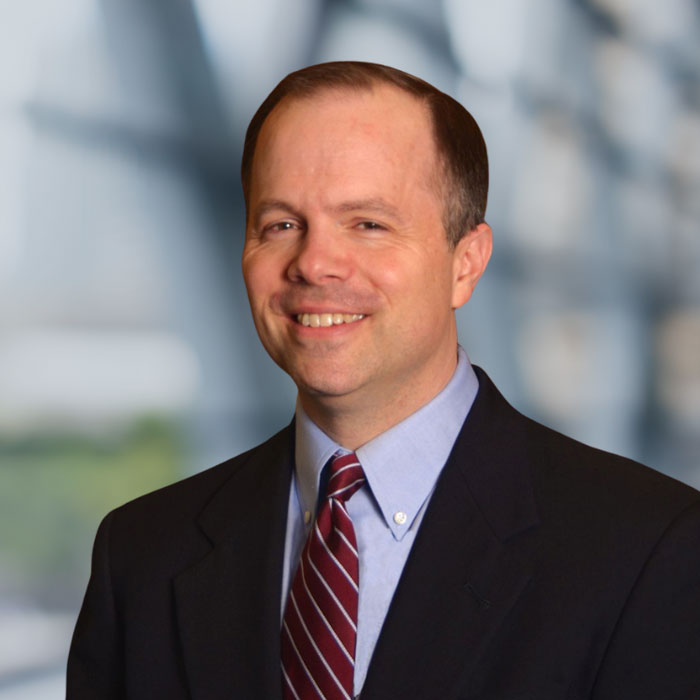 Andy received his B.A. from Emory University in 1990, and his J.D. from Vanderbilt School of Law in 1993 and has been practicing law in Nashville for over twenty-five years, including successfully representing clients in over thirty jury trials and in numerous appeals.  He has argued before the Tennessee Supreme Court and the United States Court of Appeals for the Sixth Circuit.

Andy has an AV pre-eminent rating from Martindale-Hubbell and is a Tennessee Rule 31 Listed General Civil Mediator.  He is a member at the Nashville law firm of Howell & Fisher, PLLC, litigating primarily personal injury claims, property losses (subrogation and recovery), insurance coverage matters, and commercial disputes.  Andy is a skilled trial lawyer and mediator known for his responsiveness and persistence.​

Andy’s active trial practice and extensive ADR and jury trial experience provide him with a deep understanding of the challenges and opportunities faced by litigants.  He has seen up close how judges and juries decide cases, so he can help parties assess their cases and resolve their disputes without incurring the expense, risk, and stress of trial or arbitration and possibly even appeal.  Andy can draw on his experience as a law clerk to Judge Clifford Sanders of the Tennessee Court of Appeals to arbitrate matters fairly and thoughtfully.

What Andy’s colleagues say about him:

“Andy is a tremendous lawyer. He handles his cases very professionally. He has incredible analytical abilities and writes beautifully. His oral advocacy is very impressive. He is an excellent lawyer with the highest ethics.”

“Andy Rowlett is an exceptional attorney. He zealously represents his clients and treats other members of the bar with the utmost professional courtesy.”

“I endorse Andy without hesitation. I have seen him obtain successful results for his clients in and out of the courtroom. He knows the law and is a leader in the Nashville legal community. He is an excellent attorney.”

Tried multiple personal injury matters (for both plaintiffs and defendants) to jury verdict, including post-trial appeals in state and federal court, and secured many summary judgments, such as:

Obtained summary judgment, which was upheld on appeal, based on workers’ compensation exclusive remedy in electrocution/burn/amputation matter.

Successfully represented both plaintiffs and defendants in lawsuits arising out of motor vehicle accidents, including:

Defended driver of car against claim by motorcycle rider after accident resulting in paraplegia.

Represented trucking company against claim that its negligence caused over $1 million in property damage.

Represented driver of tractor-trailer and his employer against wrongful death claim in which the decedent’s surviving son and the truck driver both alleged that the other driver drove into their lane of travel.

Defended homeowners after fatal accident at their boat dock.

Sued defendants successfully for many types of large property losses such as the following:

Fuel gas explosion and fire that caused total loss of home, including claims under the Tennessee Consumer Protection Act (TCPA).

Water/flooding damage to pharmaceuticals while in transit for delivery.

Sewer lines damaged during excavation (and wrongful denial of insurance coverage as an additional insured).

Defended clients effectively against claims involving a variety of major property losses, including:

Represented parties successfully in many commercial lawsuits, including:

Jury verdict for the defense on breach of contract claim for failure to purchase items discussed in signed letter, including award of over $1 million on defendant’s counterclaim; verdict and judgment upheld on appeal.

Defended bank sued for conversion of truck due to repossession of same; jury verdict for plaintiff reduced on appeal by approximately 90%.

Claim of personal liability on a promissory note.

Commercial arbitration over alleged failure to pay for emergency room services as agreed in the parties’ contract.

Represented Successor Receiver during operation of troubled nursing home through its sale as an operating entity and resolution of all claims against it.

Represented multiple partners in suit with remaining partners in a dispute over ownership and control of the entity, which provided TennCare services.

Defended client whose signature was fraudulently affixed to contract that included arbitration clause.

Seller of product that utilized lithium-ion batteries which allegedly caused an explosion and serious injuries.

Manufacturer of shower seat for negligent design and inadequate installation instructions and hardware.

Manufacturer allegedly liable for its product’s claimed failure to clean and sanitize laser equipment adequately for use in eye surgery.

In both arbitration and court, defended general contractor against owner claims of multiple construction defects allegedly necessitating extensive repairs in nine new school buildings, including pursuing claims against architects, subcontractors, and insurance companies for their roles in the alleged defects, resulting in settlements of claims.

Effectively represented roof system manufacturer in suit alleging that liquid seepage from the roof and paint problems would necessitate that the entire roofing system be removed and replaced at a cost of $3.5 to $4 million.

Secured defense verdict, which was upheld on appeal, at trial lasting ten days with a property damage claim exceeding $3 million based on damages sustained during major flooding.

Pursued declaratory judgment that client did not owe coverage for alleged improper excavation and topsoil removal.

Defended claim against insurance carrier for coverage for wrongful death claim filed by personal representative of decedent against retailer; litigated in the Tennessee Business Court.

Sued excess insurance carrier and insurance broker to enforce coverage for jury verdict in excess of the $1 million limits of underlying insurance policy.

Defended insurance agency successfully against claim by manufacturer and manufacturer’s insurance carrier that agency committed fraud by issuing a defective certificate of insurance.

OTHER EXAMPLES OF SUCCESSFUL REPRESENTATIVE EXPERIENCE

Secured jury verdict and partial directed verdicts for landlord, including a judgment on counterclaim, in lawsuit filed by tenant alleging unlawful ouster and breach of lease by landlord.