Why Has Mediation Been Slower to Catch On in Bankruptcy Court?

While mediation has become part of the legal landscape and is now almost second nature to most litigators, there remain some pockets of resistance. One of those pockets is bankruptcy court or, perhaps more accurately, some bankruptcy courts. While mediation has become a common feature of bankruptcy practice in some jurisdictions, others have been slower to embrace it and unless the parties affirmatively seek mediation it is neither required nor encouraged. In this article, I will briefly explore some of the reasons why I believe some bankruptcy practitioners have been reluctant to embrace mediation, and suggest some considerations that might warrant a fresh look by the holdouts.

Ask any bankruptcy lawyer what they like best about bankruptcy litigation, and many will say that it is faster and more efficient than “regular” litigation in federal or state court. That is not always true (just ask the creditors of Lehman Brothers), but there are several factors that tend to make things move relatively quickly in bankruptcy court, including (a) the “melting ice cube” phenomenon, which is an overused expression for the situation in which the value of the assets of an insolvent company or individual is diminishing rapidly and thus speed is imperative in order to mitigate all parties’ losses, and (b) the fact that bankruptcy tends to be a more informal process in which procedural niceties (including those pesky rules of evidence) are often loosened or dispensed with entirely in favor of a more practical, “cut to the chase” approach to dispute resolution. Against this backdrop, many bankruptcy practitioners take the view that if a dispute is “settleable” it will quickly settle without the need for mediation, if not outside of court then in the courthouse hallway prior to or during one of the many hearings that are a typical feature of the bankruptcy process.

The main flaw in this line of thinking is that it blurs the distinction between those disputes that are easily “settleable” and those that are not. The easier ones often do settle quickly. Those that do not are often good candidates for mediation, but because many bankruptcy practitioners are conditioned to see dispute resolution as a binary choice between a quick deal or a judge-mandated outcome, the potential value of mediation, both in terms of the benefits of self-determination and the cost savings to all parties, is sometimes overlooked.

2) The complex dynamics of bankruptcy litigation

Unlike “regular” lawsuits, litigation in bankruptcy court often involves multiple parties whose interests and alliances may shift depending on the specific issue in dispute, the status of the resolution of other issues, and even the particular stage of the bankruptcy process. The classic example is Chapter 11 plan confirmation, which often involves multiple parties (and loosely allied groups of parties) sparring over multiple discrete but often interconnected issues. Resolving such disputes can be more complicated than resolving more traditional bilateral disputes. It is often not simply a question of how much Party A is willing to pay Party B, and a resolution in Party A’s favor on one issue could affect whether Party A is aligned with Party B or Party C on a different issue. For that reason, some bankruptcy practitioners may be reluctant to submit such disputes to mediation for fear that the complex dynamics will doom the process to failure at the outset.

Notwithstanding these unique challenges, experience in those bankruptcy courts where mediation has become prevalent teaches that even the thorniest bankruptcy scrums can be successfully mediated with a skilled mediator and a commitment by all parties to the process. A mediator who also has experience in bankruptcy court and training in the techniques and strategies particularly suited to mediating multi-party disputes can provide valuable guidance in navigating toward a self-determined resolution that balances the interests of all parties. A mediator can also add value by helping the parties craft creative solutions that may not necessarily comport with the sometimes tricky and inflexible requirements of the Bankruptcy Code, which is an option the presiding judge will not have. Furthermore, even in the most complex situations a mediation that does not result in immediate settlement can lead to constructive discussions, narrowing and moderation of positions, and eventual consensual resolution.

On a more practical note, it can be especially challenging to schedule a mediated settlement conference when many different parties and their attorneys are involved. This challenge is less daunting in the brave new world of virtual mediation, although it remains the case in bankruptcy – as outside of bankruptcy – that in-person mediation is generally preferable in terms of creating the most favorable conditions for settlement.

3) A scarcity of qualified mediators with bankruptcy experience/expertise

Given the fundamental nature of mediation as a process for voluntary and self-directed resolution of disputes, it is not absolutely necessary for bankruptcy mediators to be bankruptcy experts. Although it goes without saying that mediators should be generally familiar with the important factual and legal issues in the cases they are called upon to mediate, subject matter expertise is not imperative as long as a mediator has the listening, communication, and other critical skills necessary to be effective in that role.

That having been said, in a highly specialized area of the law like bankruptcy, a working understanding of the governing statutory framework and the unique nuances of bankruptcy practice can be advantageous for a mediator. If bankruptcy lawyers and their clients feel confident that their mediator understands the inside-baseball lingo of bankruptcy and the unique dynamics of the bankruptcy process, that mediator will be better positioned to guide the parties toward a resolution than one who is a generalist or has specialized expertise in a different area.

Any concern about subject matter expertise can be addressed by using a sitting, non-presiding bankruptcy judge as the mediator. This is common practice in many jurisdictions and it has the additional benefit of involving no direct cost to the parties. However, although bankruptcy judges can be effective in this role, it is important to remember that judges are not trained mediators. They know how to decide things, and they often use that approach to “guide” parties toward settlement (i.e., some judges are understandably inclined toward an evaluative rather than a facilitative approach to mediation). Some bankruptcy litigants may also worry that sitting judge mediators will communicate with the judge handling the case. While that probably happens rarely, the perception that it could happen may disincentivize some parties from pursuing mediation in those jurisdictions where this practice is common.

Fortunately, there is a growing cadre of non-judge mediators with substantial bankruptcy experience and, in some instances, specialized training in mediating bankruptcy disputes. Some mediation training programs, such as the one conducted jointly by the American Bankruptcy Institute and St. John’s University School of Law, teach mediators specific techniques and strategies for mediating the kinds of multi-party, multi-issue disputes which are common in bankruptcy cases. Regardless of your jurisdiction, chances are there are qualified mediators in your local bankruptcy bar (or, if not, just a Zoom call away). 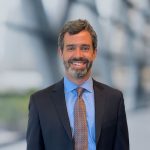 Chip Ford has over 26 years of experience representing clients in all aspects of financial restructuring and insolvency including bankruptcy, loan workouts, commercial foreclosures, receiverships, and complex financial litigation in federal and state courts. Chip joined Miles Mediation in January 2021 after completing the American Bankruptcy Institute and St. John University School of Law bankruptcy mediation training program, an intensive 40-hour course conducted by leaders in the fields of bankruptcy and alternative dispute resolution.