Whether it’s a custom-built home, a large housing development or a high-rise condominium or office building, legal disputes related to construction issues can be complicated. The number of primary defendants and third-party defendants alone may mean that weeks or months, not hours, are spent in discovery. To save time and money, many contracts in the construction industry contain binding arbitration clauses or stipulate a mediation first then arbitration second approach.

This article will cover how mediation and arbitration can be used together to resolve these types of cases, and how arbitration and/or mediation is often preferable to allowing a judge and jury to decide on the outcome.

What makes construction cases so complex?

Rules, regulations and laws –– In construction disputes, local building codes (city and/or country), state statutes, and rules regarding the standard of care and proper methods of construction are always involved.

Number of people involved –– Whether it’s a housing development or an office building, the number of potential parties involved can be greater than non-construction cases. They include, but are not limited to:

Are there multiple types of complaints/disputes?

In spite of the differences in laws and the number of parties involved in these cases — even in cases involving multiple complaints from multiple plaintiffs — the nature of the disputes is almost always about the same issue or issues, usually one or more construction defects. For example, in a large case in Florida, involving over 130 homes, multiple homeowners filed claims against the developer involving multiple construction issues from poor placement of a stucco on the sides of the homes to roofing deficiencies and other problems.

Like other types of liability disputes, there’s a potential for substantial verdicts in construction industry cases –– sometimes approaching $100 million or more. Added to the enormous judgements are the costs associated with taking a construction claim to trial. The expense can quickly bankrupt businesses or become prohibitive for plaintiffs to pursue and the risks are great to either side.

Why are construction cases particularly suited for a combination of mediation and arbitration?

The COVID-19 pandemic has only made matters worse for taking construction-related cases to trial. In most instances, courts across the U.S. haven’t been able to try any construction cases. However, arbitrations and mediations have continued. By making necessary adaptations, including holding arbitrations or mediating disputes over video meeting apps, such as Zoom, neutrals have carried on resolving claims despite the pandemic.

Aside from the pandemic, both mediation and arbitration contain multiple advantages over litigating construction suits in court.

At trial, neither party has authority over who gets to judge their case or when hearings are scheduled. With arbitration, the plaintiff and the defendants have more control over a number of factors than they do in court. Most arbitration agreements allow both parties to choose the arbitrator or arbitrators, base the schedule around everyone’s calendar and stipulate the rules of the arbitration.

Additionally, during the arbitrator appointment process, the arbitrator or arbitration panel must disclose the types of cases they’ve worked on and their decision history, etc. If either party objects to any answers and can give a valid reason, they can reject an arbitrator.

In smaller construction cases, both parties might agree to a desk arbitration where a single arbitrator rules on a claim. The lawyers send all their evidence and depositions to the appointed arbitrator, and no one appears in front of the arbitrator.  This type of arbitration saves time and money over traditional arbitration, with many disputes resolved in just a few months.

Larger construction cases usually can’t be resolved via desk arbitration and must take a more traditional approach. This type of arbitration can take months or years to resolve, particularly if there are multiple claims against the same group of defendants from multiple plaintiffs. The costs can creep up, but still are usually less than the extended time and expense involved to litigate the same cases at court.

Regardless of the type of arbitration, neither party can appeal the decision of the arbitrator once they’ve ruled on the case.

In mediation, the neutral mediator does not decide on a case. Instead, they act as a facilitator that listens to all sides and works to help them settle their dispute. Like arbitration, all parties usually weigh in on the choice of neutral who will mediate the disagreement. In mediations, everything is confidential, and the mediator won’t share information that one side shares with the opposite side, unless they have permission to do so.

If both parties reach a mediated settlement agreement, that signed agreement cannot be appealed. However, if not, then the dispute usually goes to arbitration and sometimes to litigation, depending on what the original contracts stipulate or what the parties agree on during the course of the mediation.

Combining mediation and arbitration to resolve construction industry disputes isn’t uncommon. There are multiple instances where mediation is used in conjunction with arbitration. 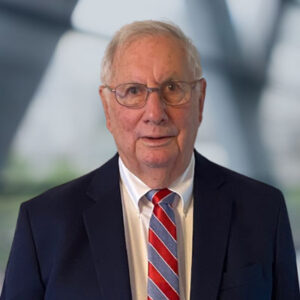 Bob Cowles has been certified as a Circuit Court Mediator in Florida since 1991 and was active in getting the mediation program started in North Florida. He has mediated over 2,500 cases.  He has also handled arbitrations for the American Arbitration Association since 1992 and has been an Arbitrator in over 350 cases including commercial cases, Lemon Law, breach of contract, business disputes, employment, construction, actuarial malpractice, fraud, maritime, and hospital/insurance disputes.