Old Yeller and the Case for The Great, Big Virtual Mediation

Spoiler alert:  In case you haven’t seen the movie yet, Old Yeller dies in the end.  And the whole world cried.  And they still do, as the film continues to captivate new generations of audiences since its original release in 1957.

Here’s the gist of the movie’s iconic ending (in case you just arrived on this planet):  While bravely defending his young master, Travis Coates, against the attack of a rabid wolf, the noble cur Old Yeller sustains a serious wound, and significantly, is exposed to rabies.  If Yeller had been killed during the wolf attack itself, I doubt the movie would be remembered by anyone today.  But that’s not how the story goes. Yeller survives the attack, and the Coates family then quarantine him in a pen, hoping-upon-hope that he was spared infection from the rabid wolf bite.  Well, so much for wishful thinking.  Since Jim Coates, the family patriarch, was away on a cattle round-up, the duty fell upon young Travis (in classic Disney coming-of-age fashion) to bring Yeller’s suffering to a merciful end.  He takes the family rifle and does what he has to do. Moviegoers have been crying ever since.

Old Yeller is an extreme proof of the evocative power of two-dimensional, moving pictures to reach out to us.  This was true from the very dawn of cinema.  In The Great Train Robbery (1903) Thomas Edison’s fledgling movie studio shocked audiences when the film’s antagonist, played by Justice D. Barnes, fires his Colt 45 right at the camera.  It was reported that many audience members swooned or screamed at the shocking scene.  Many theater managers posted warnings and disclaimers, or they placed the opening scene reel at the end of the movie. This much was immediately apparent:  Moving pictures move people.  And the film industry was born.

Fast forward to March 2020 and the dawn of COVID-19.  Like those in countless other professions, members of the legal community were stunned by the sudden inability to do business as usual.  We turned by necessity to virtual platforms to serve our clients’ need.  Hearings, depositions – even jury selection and trials – were retro-fitted to conform to the virtual format.  Platforms like Zoom, WebEx, and MS Teams transformed from essentially unknown applications to household names, literally in a matter of days.

In a matter of weeks, we became experts on not just the tech side of practicing law virtually, but, more importantly, the nuanced aspects of making these Zoom meetings more effective.  LinkedIn was flooded with helpful style tips – lighting, camera placement, clothing, make-up, sound, and screen-sharing were all discussed.  The ADR sub-section of the bar was particularly energized by the advent of virtual mediations and arbitrations.  Unlike with the court systems, ADR didn’t have to figure out the “jury dilemma” – that is, how to conduct trials fairly when the jury pool was now limited to those with access to virtual tools and the ability to use them.

We ADR practitioners spent most of 2020 being the only practical off-ramp for civil litigation still fully open.  We relearned the valuable lesson that two-dimensional, moving and talking images have the power to convey not only the words of human conversation, but also the emotions, inflections, mood, and other complexities of real communication that come with face-to-face meetings.  And, after a brief drop-off of scheduled mediations in April of 2020, all the cancelled, in-person mediations and arbitrations went virtual.  And we rocked on with the new normal.

What we learned post-COVID, pre-vaccine is that Zoom, WebEx and the like could do a lot of heavy lifting.  In that span of time, I, and many others, mediated big cases, complex cases, multi-party cases, emotionally charged cases, and every combination of the above.  Not once in any case I virtually mediated did someone say, “If we could only do this in person, we would be making better progress”.  Cases settled.  Cases impassed.  Just like before.  Many that didn’t settle did so eventually, on momentum we started at the mediation.  Mediators who tracked their numbers, for the most part, reported no real shift in resolution rates.  Not everyone was a fan of virtual mediations, but we all did them.

Fast forward to April 2021 – the post-vaccine era of COVID.  Regardless of where you stand on vaccines, their implementation corresponded with the first, rapid drop in new and serious cases and deaths related to COVID.  And like survivors of an apocalyptic event in a futuristic movie, we all emerged from our places of safety, and life began to normalize.  In-person mediations went from non-existent, to becoming the norm again.  (There was, as we know, a “coda” to all of this in the form of the Omicron Variant, but as we now reach the end of that phase, we seem to be, once again, emerging from our shelters.)

So, what were the lessons learned?  First, as noted above, we learned there’s really no case too big or too complex to be mediated virtually.  Secondly, we learned that virtual mediation will likely remain the first choice for many mediations.  Modest disputes, with fewer issues, fewer parties, and lower values, will continue to be mediated predominantly by virtual platforms, mostly by Zoom.

Another takeaway is that while Zoom can be used to mediate big cases, in-person is preferable for the heavyweight class of litigation.  Our experience at Miles Mediation confirms this to be the case.  While many of our clients prefer virtual for their simple cases, they want their big, complicated cases mediated in person.  And we are more than happy to accommodate them.  Our facilities, amenities, and staff, like those of other major ADR companies, are purpose-built to meet the needs of our clients for their most challenging cases.  So welcome back to live, 3-D, in-person mediation.

But, I submit there is a third lesson we may have missed.  Recently, I was chatting with a client who handles nothing but complex, multi-party, big-dollar cases.  Most of those cases involve clients and attorneys who are geographically scattered across the country or world.  And because of the heady nature of their work, the players in these cases are responsible for many other such cases, across a spectrum of jurisdictions.  And when the attorneys mediating these cases present their positions, they need a medium that can facilitate document and video sharing to a large group.  The attorney I was speaking to said this: “My big cases are back to mediating in-person mediation.  But my HUGE cases will probably remain virtual, or at least partially virtual.”

This comment caught me by surprise at first.  But it made perfect sense upon reflection.  Some cases may just be too big to mediate entirely in person.  For every huge case that is mediated in person, many participants are facing logistical dilemmas late in the day – Will I make my flight?  Can I get a later one? Who’s picking up the kids from daycare?   Rather than concentrating on making that final push for resolution that often comes at the end of a long day of mediation, attorneys and adjustors in-person are on their Delta app checking for a later flight.  That’s even assuming the high-level decision makers needed to resolve the case could even attend the mediation in person in the first place.  The really, really big cases are almost impossible to do purely in person.  Instead of not appearing, or appearing by phone, the players will participate virtually because COVID taught us that virtually attendance at mediation is very effective.  We have relearned the lessons of Old Yeller.

I submit that we may wish to re-consider our takeaways from COVID and the virtual era of ADR by adding a third law to the canon:

Old Yeller taught us about the evocative power of images on a screen.  COVID taught us we could harness this power to do great things.  And, in the long term, we may conclude our computer screens, like the silver screens, will be a permanent part of the biggest, most complex, and most significant work we do as attorneys and neutrals practicing ADR. 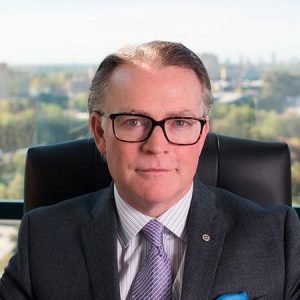 Since 2005, Joe has mediated nearly 3,000 cases at Miles Mediation with a success rate of over 80%.  When he’s not mediating, volunteering in the community, or spending time with his family, Joe is usually playing his drums and/or harmonicas with several local bands.