Reduce the Risks at Trial by Choosing Mediation

“You only get one chance to make a first impression.” You’ve heard that adage dozens, maybe hundreds, of times. You’ve probably said it yourself. But have you thought about how much those first impressions may affect you at trial? The first impressions you make can have a powerful effect on the jury, and one that is hard to change. That’s one of the risks of litigation, and a reason why mediation may be a safer and allover better choice for many lawsuits.

The Power of First Impressions

Research shows that you have anywhere from just a few seconds to about 90 seconds to make a first impression — whether that’s when you’re meeting someone for the first time or making an opening statement. But in either case, people make up their minds very quickly, and a lot of things that make up their minds are irrelevant. They look at your appearance. Your clothes. Your jewelry. They consider your tone of voice, the way you speak, your body language — some aspects of which you can control, and some of which you cannot.

It’s not only your appearance that’s at issue. A juror may decide she doesn’t like the party you’re representing because she thinks she’s unattractive or poorly dressed. Another may decide that he doesn’t care for the plaintiff in a personal injury case because the juror has also been injured, but never sued anyone, so he’s already concluded the plaintiff shouldn’t get a penny.

In a jury trial, not only are you relying on the first impression that one person has of you — you’re relying on the first impressions that 12 strangers have of you. They know nothing about you, or the case, or your situation, but those 12 people may be coming to 12 different decisions within a minute or two of you starting to speak. Kind of scary, huh?

Those same kinds of snap judgments that happen at opening statements keep happening throughout the trial. Every time a witness takes a stand. Every time an expert takes the stand.

Juries make quick impressions about parties and witnesses that may affect the outcome of the trial — and you can’t prevent that.

Other Risks at Trial

A snap judgment isn’t the only risk you face. During a trial, you have eight hours a day to make a mistake, look bad in front the of the jury, or do something stupid that may hurt the case that has nothing to do with the law. The longer and the more complex or complicated the trial, the bigger the risk that you’ll make a mistake or that the jury will form impressions that hurt your case.

There’s also the issue of boredom, especially with commercial cases. In a case where one insurance company is suing another, for example, how likely is it that the jurors will pay attention, or even care, what the outcome is? People simply don’t pay attention as well as they used to, and they’re used to being on their phones all the time, which affects their ability to listen and retain information.

Reducing the Risk with Mediation

So why anybody go to trial, when you could instead go to mediation and have a neutral who will not be swayed by irrelevant or personal biases? You still want to make a good impression at mediation, but that whole risk factor is hugely decreased because the mediator is going to look at the case itself, evaluate the parties’ positions, and try to bring those two (or more) positions together.

Besides managing the risk of litigation, there are other benefits to mediation, too, including:

When you got to trial, you take on a lot of risk, in addition to the enormous cost and time involved. Would you pick 12 people off the street, and hope they like you and your client? That’s what you’re looking at with a trial. Maybe in the first two minutes, the jury decides they love you, your client and the case. Maybe not.

Instead of taking the risk, consider mediation, where you get a settlement based on intelligent consideration of the facts of the case. It may not only be a less risky choice, but the best one for your client as well. 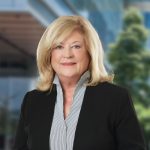 Melissa Maravich has has been a Tennessee Supreme Court Rule 31 Mediator since 2002 and served as a voluntary mediator for Shelby County Criminal Court Pretrial Services for several years. She regularly speaks at seminars regarding trial practice and the Federal Rules of Civil Procedure. She is also a partner at Burch, Porter & Johnson in Memphis where she has a diverse litigation practice. Melissa has appeared before state, federal, and appellate courts in numerous jurisdictions. Her practice primarily focuses on commercial & business litigation, insurance defense and coverage, catastrophic claims, and transportation cases.