Two Can Be Better Than One: When to Consider a Co-mediator

While people’s definitions of mediation may vary, the underlying purpose of mediation is simple: to resolve the dispute between the parties. That is, to settle the case. That means that as a mediator, you’re being paid to settle lawsuits. To do so effectively, you may start preparing well in advance of the mediation. And in some cases, you may want to consider bringing on a co-mediator.

What types of cases may benefit from having a co-mediator? What should you consider when you work with one? Here are some thoughts on how to determine whether to use a co-mediator, and the value he or she can bring to the table.

A Case Study of Co-mediation

I first worked with a second mediator in a case about 15 years ago. Approximately 180 homeowners who had access to a 200-ace lake sued 23 different developers and property owners who had developed a very large upstream watershed, alleging Clean Water Act violations. As the surrounding area was developed, the watershed was affected, and the lake began to fill up with silt.

While the nature of the case wasn’t complicated, the sheer number of parties made the idea of a second mediator appealing. While I knew we’d need at least two days to mediate, I suggested having two mediators to reduce the overall mediation time.

We had 180 different plaintiffs, so one of our first priorities was to help them get organized. Before the mediation, the plaintiffs’ counsels had the plaintiffs elect and give authority to six members of the homeowners’ association who would represent and speak for them and bind them in any mediation.

Once we had the committee elected, we began reaching out to the defendants’ counsels, discussing ways to best prepare and organize the defendants. This was done primarily through a series of conference calls but also included in-person meetings. Through these efforts we identified one of the lead defense attorneys who was instrumental in getting the defendants organized.

We also began preparing a draft of the settlement memorandum well in advance of the mediation. After we had agreement on the defense’s side, we presented the memo to the plaintiffs. This led to a series of conversations and drafts that culminated in an agreed settlement memo prior to the mediation. The only issue at mediation was money.

The case had several “major” defendants and many smaller ones. As the mediation progressed, one of the main defendants agreed to put in a sizable amount to settle the case, but that was dependent on two groups of the other defendants matching the number. I had my co-mediator working with the minor defendants to see if they could come up with their challenge number while I was working with the other major defendants to come up with their challenge number. That gave us a large negotiating pool. While we weren’t going to offer all the money at the same time, once we knew we had a certain amount to settle, we were able to move quite expeditiously.

In this case, a co-mediator saved a significant amount of time. The value to the parties was clear — between all the attorneys’ fees, executive time, salaries for the claims professionals, and mediator fees, we were probably spending $20,000 an hour, and having a second mediator (at a rate of $700 an hour) saved us at least four hours of time. To paraphrase Bob Dylan, “it doesn’t take a math major to see which way the dollars flow.” Over the two-day period, the co-mediator saved the parties approximately $65,000.00.

Different factors that could lead you to consider using a co-mediator. The number of parties involved. The size and complexity of the case. Parties with special considerations. However, the principal one is whether having a co-mediator returns value by saving significant amounts of time — and potentially leading to a greater potential for settlement.

The Power of Preparation

Considering a co-mediator is only one issue you face in any mediation. In the Japanese classic, The Art of War, the author, Sun Tzu, says that every battle is won or lost before you see the enemy. The theory is that the more preparation you can do, particularly on these large cases, early on, the more likely you are to be successful. So, if you get a mediation notice, and there are many parties, one suggestion would be to promptly email the attorneys to get a sense of what you are dealing with.

When you find out you have an atypical or complex case with a lot of different issues, start trying to narrow down what you can, and get done as much as you can ahead of time. If you have a case with ten different parties, you can figure out how much more it would cost each party to bring in a second mediator. If it’s, say, an extra, $40 or $50 an hour per party, they will often see the value in that.

The more parties involved, the more time it will take to mediate. If we’re trying to mediate a case in one day, and it has more than five plaintiffs, consider recommending a co-mediator. It saves time and the cost can be shared among the parties. If you have, say, nine plaintiffs and one defendant, and we’re going to mediate for ten hours in that situation, the parties are basically sitting around for nine hours to be with the mediator for an hour. When you have a co-mediator, that can halve the amount of time they’re waiting.

If you have a large, complicated case, another option is to plan on a multiple-day mediation. Those cases may also benefit from a co-mediator so that your time and energy is being used productively to get the parties the value they want. You’re looking for the most efficient path to success, and sometimes that’s more time and sometimes that is a co-mediator. Sometimes it’s both.

Finally, if you plan to use a co-mediator, be clear with him or her ahead of time about what the person’s role will be. That’s part of the planning process. Decide how you will use your time, and how you can be effective for the parties — whether that means your co-mediator is taking responsibility for the settlement memo or making sure the numbers are going back and forth as quickly as possible. That way, when you are mediating, you both understand your roles, and what you are to do. You don’t want to get into a mediation and have two mediators debating what they think they should do next.

The bottom line? For complicated or multi-party lawsuits, a co-mediator can play an invaluable and value-driven role in helping to resolve the disputes that led to litigation. Ultimately, that is the goal of every mediation, and a compelling reason to keep this option in mind. 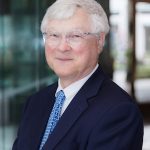 Rex D. Smith was admitted to the Georgia Bar in 1976. In his 40 years of active practice, he tried over 100 cases and had a strong trial and appellate practice. Mr. Smith has handled over 3,000 mediations/arbitrations. He has been selected by his peers to “Best Lawyers in America”, “Georgia Super Lawyers” and holds the AV® Preeminent rating, the highest possible Martindale-Hubbell Peer Review Rating. Rex has extensive experience in personal injury, construction, products liability, wrongful death, professional negligence, medical malpractice, aviation, nursing home litigation, and premises liability law.