Unpacking Your Lost or Damaged Cargo Claims at Mediation

In the fast-paced world of shipping and logistics, the news coverage tends to focus on the latest truck wreck and the verdict in the subsequent personal injury suit. But what about the boxes full of laptops and phones on the side of the road? The lost or damaged cargo? Who is liable for any damages and which laws apply? Moreover, what is the best approach to resolving disputes that arise when a carrier delivers damaged goods or fails to deliver the cargo at all?

For example, take a client who owns a luxury sock manufacturing business in Savannah, Georgia, (Savannah Sox) that has a shipment of socks bound for a consignee in California. If the socks are damaged in transit, how does Savannah Sox get its money for its damaged socks? What happens to the carrier that transported the goods or the freight broker who arranged for their transport? Who pays for the damage to the socks?

Before going further into our example and liability in lost or damaged cargo claims, it’s necessary to cover the potential parties involved in these types of disputes and what documents might be involved in deciding who is liable and who is not.

Now let’s add the terms defined above into our example of Savannah Sox and its need to get a shipment of socks to California. They’re considered the shipper. The person who will receive the shipment of socks in California is the consignee. The company (or companies) that will transport the socks from Georgia to California is the motor carrier. However, if the sock manufacturer contacts a company that arranges transportation and delivery of the socks but does not transport the socks, then that company will usually be considered the broker. All of the above entities may also have liability coverage through an insurer.

So, now we know who the entities involved in the supply chain are from sock shipper to sock receiver. The sock company – the shipper –contacted a broker that facilitates shipments through trucking companies and independent truck drivers. These carriers also own trucks and employ drivers. The sock company has no idea the company it called isn’t transporting the socks at least part of the way. The primary carrier hired by the broker did transport the socks as far as Indiana but arranged for another carrier to transport the socks to Nevada and interlined yet another to transport the socks the last mile– an independent carrier – to the consignee in California. However, somewhere on the way to California, something happened, and the socks were damaged. Who is liable for the damaged socks? Savannah Sox– the shipper – doesn’t care, they want their money for the damaged socks.

The Carmack Amendment to the United States Interstate Commerce Act

Shippers and the Carmack Amendment

Under the Carmack Amendment, a shipper can recover damages solely for the actual loss or injury to their property and they can recover actual damages regardless which carrier in the transportation chain caused them.

The shipper’s responsibility is to prove the following three things:

Carriers and the Carmack Amendment

The Carmack Amendment stipulates the following about carriers:

How does the Carmack amendment work in practice?

Let’s return to the hypothetical sock company, Savannah Sox, that needed to ship socks to their consignee, a designer in California who was presenting them at a fashion show. Savannah Sox contacted a broker, that arranged a carrier, who gave them a standard bill of lading and the sock company packed the socks into standard containers. When the shipment was packed and picked up and loaded by the carrier, it was in good condition with all items documented on the manifest.

On the way to California the socks fell off the truck into a ditch full of water and mud when one of the truck’s tires blew out. No individuals were harmed, and a new tire was installed by the carrier’s internal roadside maintenance crew. The cargo that had fallen out of an inadequately secured cargo door was reloaded, but never checked for damages.

When the socks were delivered to the designer in California, they discovered the socks were wet, full of mildew and stained with black mud and road debris. The sock company couldn’t participate in the fashion show and missed their opportunity to become noticed by the major wholesale and retail outlets in the sock industry.

According to the Carmack Amendment, the sock company can recover their damages for the actual loss of the socks from the main carrier on the bill of lading, but not their potential lost earnings had they been able to participate in the fashion show. They have proof that three boxes of socks were damaged during the blowout and that they were worth $1,000 and that when the goods were picked up, they were undamaged in Georgia and arrived damaged in California.

The carrier would liable for the actual damages unless it could successfully rebut the claim. The only way a carrier would not be liable is if it can show that it was free of negligence and that the damages to the socks were caused by one of the following:

It looks like the carrier company the sock company contacted about transporting their socks will have to pay for the damaged socks, but remember, there were three separate carriers involved in the transportation of the socks and the. Now what happens?

In the real world, things aren’t simple. In the fictional case of the damaged socks, the shipper contracted with a broker, who claims that as a broker, it isn’t liable for the actual sock cargo damages. So, what does the law say about brokers?

Under the Carmack Amendment, if a company was just a “middleman” that “holds itself out as” a business that finds and contracts with a carrier for the shipper, but did not agree to serve as a carrier itself, the courts will probably deem that company to be a “mere broker” and not liable under the Interstate Commerce Act (Travelers Indemnity Co v Alliance Shipper, Inc., 654 F. Supp. At 842).

However, if a broker also own trucks and transports cargo themselves, the law might not deem them a broker just because they sometimes arrange for another carrier or carriers to transport freight for them. Additionally, the Carmack Amendment also states that brokers may not represent themselves as carriers but must advertise explicitly that they are brokers. (See KLS Air Express, Inc. v. Cheetah Transp. LLC, Slip Copy, 2007 WL 2428294 (E.D. Cal. 2007).) There are instances where courts have found brokers to be carriers for the purposes of the Carmack Amendment, usually based on the specific facts of the case.

With the broker out of the picture in our scenario, Savannah Sox should have a claim against the carrier on its bill of lading. But this carrier may then make claims down the line against its transportation contractors. Given the multiple parties involved, there may be multiple policies of insurance applicable to the claim for cargo damage. In some cases, the carrier may have gone out of business, or its coverage may have lapsed, and our simple dispute becomes much more complicated.

How mediation can help resolve disputes surrounding a cargo claim

Transportation litigation is incredibly complex. There are multiple parties involved that can include not just the shipper and a carrier but multiple carriers, a broker and insurance companies. The shipper just wants their money back for their lost or damaged property. But the carriers, broker and insurance companies could potentially argue over who is the main carrier and who is liable for paying the damages.

The advantages of taking these kinds of disputes to a mediator are threefold:

Whether your client is the plaintiff or the defendant, do they really want to take their chances in court or would they be better off settling during mediation? In the example of the sock manufacturer, if it agrees to attempt to settle the case via mediation, the mediator can meet with all parties and help resolve the main claim as well as all the issues and disputes that crop up between the shipper and broker, the broker and carrier, the carrier and its transportation contractors, as well as any insurers. With the court system, everyone from the sock company to the broker, carriers and insurers will have to wait for the courts and gamble on what the court, or a jury, might decide. 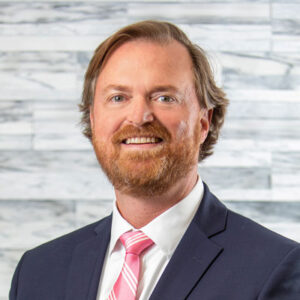 Christopher “Smitty” Smith focuses his mediation practice on complex business disputes, construction law, and catastrophic personal injury. As a partner with Hunter Maclean, Smitty serves as the leader of the firm’s Transportation Group. He has tried numerous cases across the country and was nominated to the American Board of Trial Advocates in 2012. He is listed in The Best Lawyers in America and has been named one of Georgia Trend’s Legal Elite as well as a top attorney by Savannah Magazine. He is a graduate of both Leadership Savannah and the State Bar of Georgia’s Leadership Academy. With 20 years of litigation experience, Smitty has participated in more than one hundred mediations and has been a registered neutral with the Georgia Commission on Dispute Resolution since 2012.