Will General Contractors or Subcontractors Get Hammered by New State Legislation?

There has been a growing trend of states enacting legislation making general contractors jointly and severally liable for the wages, benefits and supplements owed by project subcontractors to that subcontractor’s workers.

Most recently, New York has passed legislation that automatically makes General Contractors jointly and severally liable for wages, benefits, or wage supplements owed by its subcontractors to construction workers without the worker having to prove that the General Contractor employed or jointly employed the aggrieved worker. The New York legislation confers joint employer status automatically upon the General Contractor for the limited purpose of recovering any unpaid wages. New York joins other states such as California, Oregon, Nevada, Maryland, and Virginia that have passed similar legislation. Under the legislation, some states prosecute the workers’ wage claims, whereas other states allow a private cause of action.

If a General Contractor or a Subcontractor does work in those jurisdictions or similar legislation gets passed in the General Contractor or Subcontractor’s domicile state, the parties may want to consider expedited dispute resolution mechanisms such as mediation or arbitration to try and avoid or mitigate the substantial risk and attorneys’ fees that can accompany those types of wage claims.  The parties should look to their contract to determine what, if any, dispute resolution process is authorized or dictated.

When mediating or arbitrating these risks, general contractors or subcontractors may wish to consider:

2)   If there is a written construction contract in force, contractual terms and facts that may impact the parties’ assessment or resolution of this type of legislative wage claim during a mediation or arbitration include:

b) Is there an audit clause that allows or requires the parties to provide records of wage payments made by the Subcontractor to its workers? If so, did the General Contractor perform any such audits during the project and prior to the worker’s wage claim being made? What did the audit(s) reveal?

f) Does either party have insurance coverage such as Employment Practices Liability Insurance (“EPLI”) that may cover the wage claim(s) at issue? If so, has the matter been tendered to the insurance carrier(s) and has the carrier accepted coverage?  If so, is the acceptance of coverage under any reservation of rights?

As worker wage protection legislation of this type continues to gain traction, General Contractors and Subcontractors will be subject to worker wage liability claims via state legislation, or under the terms of any contract between the parties, including potential indemnity.  Mediation or arbitration, with an analysis and assessment of the pertinent construction contract terms, can provide the parties with an expedited and more economical method to evaluate their respective risks and potentially obtain a resolution of these subcontractor worker wage claims. Hopefully an expedited resolution of these types of wage claims will allow the project to continue to move forward while maintaining the business relationship of the parties. 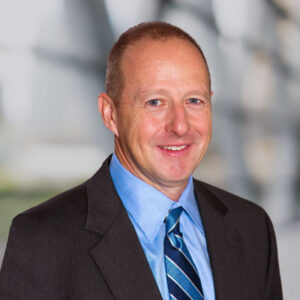 Jim Shea has over thirty years of litigation and dispute resolution experience. During the course of his career, Jim’s had the benefit of representing both internal and external clients, as both plaintiffs and defendants, in a broad spectrum of practice areas including: Business, Employment, Construction, Torts, and Premises Liability. He graduated from Boston College with a Bachelor of Arts in History in 1987, cum laude, and earned his JD from Emory University School of Law in 1990. Jim is a Florida Supreme Court Certified Circuit Civil Mediator, Certified County Court Mediator, and an approved Alabama Dispute Resolution Center Mediator. Jim utilizes his unique litigation and in-house experience to help parties identify and mitigate risk. This experience and insight enables Jim to creatively empower parties to resolve their disputes at mediation.