When Privacy Matters: Why ADR is a Smart Option for Public Figures

As a former judge and now mayor of College Park, Georgia, I have encountered my share of issues that accompany being in the public eye. Maintaining privacy and healthy boundaries with the public can be a challenge.

As both an elected official and a neutral, I highly recommend alternative dispute resolution (“ADR”) over litigation to a public figure who is involved in a dispute. Here’s a closer look at some of those benefits of choosing to mediate or arbitrate your issue or lawsuit.

When someone files a lawsuit against a public figure, it becomes a matter of public record, regardless of whether the lawsuit has merit. That means that voters — and members of the press — have access to court records. Those can include financial documents, medical records, and other information most people, including public officials, would prefer to keep private. Let’s say the person has been diagnosed with depression or anxiety. Those medical records could be used to question someone’s mental fitness or ability to do his or her job effectively.

The public nature of a trial means that anyone can observe it. During a trial, evidence will be introduced, much of which may be negative, yet memorable, to jurors and people attending the trial. As the saying goes, “you can’t un-ring a bell,” and at trial, you have no control over what may be said about you, your physical and mental health, your financial situation, and even your family.

In addition to public officials, celebrities are also rightly concerned about privacy. While they don’t have to worry about reelection or being reappointed, they have reputations to manage and must deal with paparazzi as well as rabid fans and even stalkers. Information that is shared in court — such as the person’s address, medical condition(s), or their day-to-day routine — may impact their physical safety and wellbeing and may also impair their ability to get work, causing a loss of income.

Being sued for any reason can have a significant negative impact on one’s reputation, even if the lawsuit is entirely frivolous. The longer the case drags on, the more impact pending litigation can have on both one’s private and public personas.

In a mediation, however, the facts of the case are presented behind closed doors and the resolution is private. Mediating or arbitrating a case early in litigation can help keep private issues private for anyone concerned about their public image.

It’s impossible to eliminate bias from any process, but in a trial, the parties must reckon with biases on the part of judges, jurors, and even the public if the judge allows cameras or reporters in the courtroom.  Public figures may be already “known” to everyone in the courtroom simply because of the nature of their profession. True impartiality may be impossible. Encountering that bias and being concerned about its impact can ratchet up the stress level of a trial, which is already likely high.

With ADR, there is less chance of bias playing a role in the outcome of the suit. An experienced neutral is much more likely to consider the facts of the case, and the relevant law, without being swayed by someone’s celebrity or status as a public figure.

Lawsuits can drag on for years as both sides exchange interrogatories and requests for production, take depositions of parties and witnesses, and file pre-trial motions. Once the discovery is concluded, it can take months to get on a trial calendar, or even longer, thanks in part to the Covid pandemic. In addition to the stress that continues while awaiting trial, the trial itself can take days or weeks. Public figures typically have tight schedules and losing time to attend a trial can have a significant financial impact on them.

If the parties agree to arbitration, they can set their own timelines and resolve matters much faster. Mediation also gives parties a “date certain” that the issue can be resolved, instead of waiting for a trial date or hoping to get a special setting.

That shortened time means that ADR offers resolution of an issue much more quickly than litigation. It can be scheduled at any time during the litigation process and can put a stop to the stress associated with litigation, and give closure to both sides, as well as reducing the legal fees and other expenses associated with being a party to a lawsuit. Defending even an unfounded or nuisance claim can cost tens of thousands of dollars, or more, with no guarantee of a successful resolution.

The bottom line? ADR is less expensive, more private, less time-consuming, and less stressful than a courtroom trial. It gives the parties an opportunity to be heard and to resolve their differences. That can help aggrieved parties move on more quickly, which may mean less of a “hit” to the reputation of a public official or celebrity. That’s one more compelling reason why those in the public eye should consider mediation or arbitration when involved in a lawsuit or legal issue. 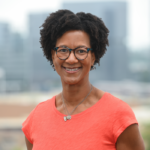 Bianca Motley Broom has has been a full-time mediator at Miles Mediation & Arbitration since 2017. She was sworn in as the 27th mayor of College Park, Georgia in January 2020. She is the first African-American and the first woman to be elected as mayor in College Park. Mayor Motley Broom is deeply committed to building the community College Park’s citizens deserve. She is passionate about creating more opportunities for resident engagement and collaboration. Mayor Motley Broom is also working to bolster economic development and embrace fiscally sound and sustainable practices to ensure the city’s continued growth.