Balancing The Weight so the Stool Doesn’t Break 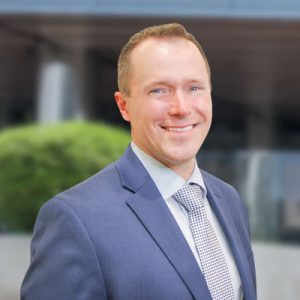 One of Casey’s greatest honors and achievements throughout his life has been in being a member of the US Armed Forces. Casey is an actively serving Air Force Jag Officer and a member of the Georgia Air National Guard. He loves serving his country, and the experience has definitely given him a perspective on our freedoms and rights and the price that has to be paid for our security as Americans. In terms of the litigation and mediation side of his work, the military has really put everything into perspective as far as the various roles and responsibilities he has had to fulfill. It molded his strong work ethic which he has developed since attending The Citadel, The Military College of South Carolina, and which directly carried over into his legal practice. He believes his duty within aspects of his life, after all, is to do the best work that he can and push through challenges until there is a favorable outcome.

In Casey’s role as a Jag Officer, he’s seen many situations where somebody got in trouble or something bad happened and he had to deal with it. This carried over into the legal field since the majority of the time in litigation, people are not coming to you on their best days—but rather their worst. Many times, he realized that others may not have found the situation as positive as he did – and it was up to him to find the silver lining. This translated back to the opportunities he has had on the transactional side of the military, where Casey had to comfort and assist other members and their families during the hectic process of deployment. Overall, he is proud to say that this duality in his work life has shaped his passion for making other people’s lives easier in a tough situation.

After his time in military college, he discovered his passion for law. Casey studied at and graduated from Faulkner University, Thomas Goode Jones School of Law in Alabama in 2010. Since then, he has been building a legal practice for approximately 12 years—his entire career has essentially been in litigation. In 2013, Casey got certified in mediation since, at the time, he was really interested in the idea of being a mediator. Helping parties resolve their issues and come to a resolution which is in their best interest seemed like his calling. After doing litigation for so long, there were often many cases Casey saw which did indeed need to be litigated. However, this may not always have yielded the best or most desired outcome for both parties. It was something they could live with, though, and move on from. He really liked addressing this challenge—particularly after having seen it all.

Casey has had a diverse background in different types of law and managing various kinds of disputes. He has worked in small and medium-sized firms, a large Atlanta law practice, and been an attorney for both the government and military. His work involved most every type of legal practice, dealing with business disputes, contracts, personal injury, state disputes and workers compensation just to name a few. Even to this day, Casey still works many litigation cases. What truly excites him, however, is the opportunity to mediate a case and work with parties that he can help, step-by-step, gradually move through the process. Casey strives to assist people who may not always see the full playing field that he can as a mediator. He finds it fulfilling to tactfully help these individuals find common ground throughout this process. As a mediator, he explains, one gets to step behind the curtain, see both sides with transparency and analyze the possible pitfalls in the situation.

The passion that Casey found in the military for helping others has fueled his abilities, particularly in mediation, with connecting other people. At heart, he is a people person. Before the pandemic, he used to love meeting with clients, going out with them to lunch, shaking their hand, looking them in the eyes, and forging a genuine connection. He truly enjoys having face-to-face interaction to truly understand the other individual. While this has changed since the onset of the pandemic and people aren’t generally as comfortable with going back to that, he still aims to build a strong foundation with others by utilizing his interpersonal skills. This would probably be his greatest superpower!

At his core, Casey gets his energy from being around other people. Since COVID-19, it has been harder to connect with individuals physically—but that hasn’t stopped him. He still spends a portion of his time with military work and runs a fairly large litigation practice which keeps him busy. Aside from his work life, though, he values spending time with his family. He, his wife and kids love to go camping at least once a month in their travel trailer, sometimes even embarking on cross-country adventures. He fondly remembers previous summers where they would all go to the beach on Memorial Day and he would even hold virtual meetings and mediations there! This actually reflects on a popular analogy for military members that Casey believes in—the three legged stool. One must properly balance their family, military job and civilian job. You can’t put too much weight on any one leg of the stool—or it will break. As such, maintaining an equal amount of attention on these aspects of his life has been crucial in his journey thus far.

Working from home has also drastically improved this for Casey; he even finds that he is more productive in his home office than before! Casey enjoys holding virtual meetings and mediating cases online, where he can still connect with other people to ease their pain and then enjoy dinner with his family in the next room. He believes this workflow has really helped him appreciate the best of both worlds.

Miles Mediation & Arbitration is shaping the future of alternative dispute resolution (ADR) with our comprehensive professional services model that combines the expertise of our highly skilled and diverse panel of neutrals combined with an unparalleled level of client support in order to guide and empower parties to fair, timely and cost-effective resolution regardless of case size, specialization or complexity. For more information, please call 888-305-3553.